Iron deficiency anemia is the most common type of anemia, which occurs when your body does not have enough of the mineral iron. Your body needs iron to produce a protein called hemoglobin, which is responsible for carrying oxygen to your body’s tissues. Your tissues and muscles need oxygen to function effectively.

Anemia occurs when a person has lower-than-normal levels of red blood cells (RBCs) in the blood. There are many factors that can contribute to lower-than-normal RBC counts, including age, viral infections, and certain chronic diseases.

Iron-deficiency anemia can also be caused by a poor diet or by certain intestinal diseases that affect how the body absorbs iron. In women of child-bearing age, the most common cause of iron-deficiency anemia is loss of iron in blood due to heavy menstruation or pregnancy. The condition is normally treated with iron supplements.

There are many reasons why a person might become deficient in iron. These include:

Pregnant women and young children may need even more iron in their diet, as it is essential during times of rapid growth and development. Iron can be found in foods such as meat, eggs, and some green vegetables. Eating too little iron over an extended amount of time can cause a shortage in your body.

Pregnancy or Blood Loss Due to Menstruation

The heavy menstrual bleeding or blood loss during childbirth is the most common causes of iron-deficiency anemia in women of child-bearing age.

Certain medical conditions can cause internal bleeding, which can lead to iron-deficient anemia. Examples include an ulcer in your stomach, polyps (tissue growths) in the colon or intestines, or colon cancer. Regular use of pain relievers, such as aspirin, can also cause bleeding in the stomach.

Even if you get enough iron in your diet, Celiac disease or an intestinal surgery such as gastric bypass may limit the amount of iron your body can absorb. Certain disorders or surgeries that affect the intestines can also interfere with how your body absorbs iron.

Anemia is a common condition and can occur in both men and women, in all ages and ethnic groups.

The risk for iron-deficiency anemia is higher in the following groups:

Symptoms of moderate to severe iron-deficiency anemia include:

A doctor can diagnose anemia with blood tests. These include:

A CBC test measures the amount of all components in the blood, including:

The CBC test provides information about your blood that is helpful in diagnosing iron-deficiency anemia. This information includes:

In iron-deficiency anemia, hematocrit and hemoglobin levels are low. RBCs are usually smaller in size than normal.

A CBC test is often performed as part of a routine physical examination. It is a good indicator of a person’s overall health.

If anemia or iron deficiency is not treated, it can lead to other health problems, including:

When you are anemic, your heart must pump more blood to compensate for the low amount of oxygen. This can lead to irregular heartbeat, or in severe cases, heart failure or an enlarged heart may occur.

In severe cases of iron deficiency, a child may be born prematurely or with a low birth weight. Most pregnant women take iron supplements as part of their prenatal care to prevent this from happening.

Delayed Growth in Infants and Children

Infants and children who are severely deficient in iron may experience a delay in their growth and development. They may also be more susceptible to infections.

Iron tablets can help restore iron levels in your body. If possible, you should take the iron tablets on an empty stomach to improve absorption. If they upset your stomach, they can be taken with meals. You may need to take the supplements for several months. Iron supplements may cause constipation or stools that are black in color.

Diets high in red meat, dark leafy vegetables, dried fruits and nuts, and iron-fortified cereals can help treat or prevent iron deficiency. Additionally, vitamin C helps your body absorb iron. If you are taking iron tablets, a doctor might suggest taking the tablets along with a source of vitamin C, like a glass of orange juice or citrus fruit.

Treating the Underlying Cause of Bleeding

Iron supplements will not help if the deficiency is caused by excess bleeding. Oral contraceptives (birth control pills) might be prescribed to women who experience heavy periods to reduce the amount of menstrual bleeding each month.

In the most severe cases, a blood transfusion can replace iron and blood loss quickly.

When caused by inadequate iron intake, iron-deficiency anemia can be prevented by eating a diet high in iron-rich foods and vitamin C. Mothers should make sure to feed their babies breast milk or iron-fortified infant formula.

Foods high in iron include:

Foods high in vitamin C include: 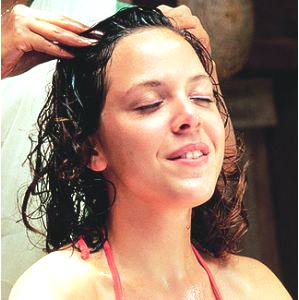 Coconut oil is the best natural hair growth treatment because of the many ways it benefits both the hair and scalp. Most of the people make use of it to reverse hair loss rather than relying on medicines, which may sometimes show opposite or bad results. There are the specific ways to use it to control hair loss. END_OF_DOCUMENT_TOKEN_TO_BE_REPLACED 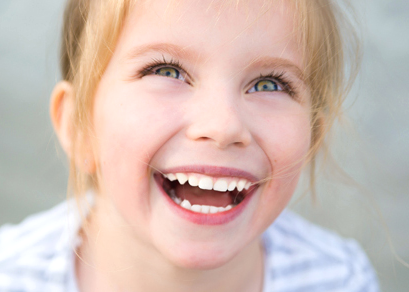 Every parent and guardian has probably experienced that nightly fight with a child who declines to brush their teeth. It is normal for toddlers to be hyped and hard about night-time customs, but this not a reason for bad oral hygiene. Encouraging dental health should always begin early so that future problems will be avoided. END_OF_DOCUMENT_TOKEN_TO_BE_REPLACED

Well, a lot of times you may have heard people stopping you from having something at night because it may add pounds to your weight. But the truth here is no studies have clarified that eating at night can increase wight. In fact, eating certain foods at night can be beneficial in accelerating your body’s progress to attain your fitness goals. END_OF_DOCUMENT_TOKEN_TO_BE_REPLACED

Fast food is so suitable, low-priced, delicious and it is so immediate. Unluckily it is also just about the most terrible thing you can put into your body. Still, most of us head to the nearby fast food joint several times in a week. Clearly, fast food is never the best choice when it comes to what to eat. Sometimes time restraints may frankly compel us to ‘grab something quick’. END_OF_DOCUMENT_TOKEN_TO_BE_REPLACED

One of the best ways to keep a physically fit body is to do sports. There are many benefits in playing sports. This physical activity not only develops your muscles but also cleans your body. When you sweat the excess fats and oils comes out together with it. It may not immediately show, but the increased of stamina will be noticed after quite a while. END_OF_DOCUMENT_TOKEN_TO_BE_REPLACED

Spices play an important role in Indian dishes. These are used to garnish or enhance the taste of the recipe but one can not deny the benefits they provide. They are used to fight against a vast catalog of illness as they have ability to act as a detoxifies. Whether it’s the need of regular life; dealing with stress, having to cope with a variety of chemical or environmental toxins, harmful micro organisms. Spices can definitely help when it comes to coping and maintaining best health and healing. END_OF_DOCUMENT_TOKEN_TO_BE_REPLACED

There is a connection between stress and the foods we eat. There are some foods that cause stress while there are others that help get rid of it. Besides, some bad eating habits like ingesting too much, can also be stressors, directly or indirectly. If they are the type of foods that lower your water and mineral levels then they will directly cause you stress. If they are the type of foods that will cause you obesity then they can indirectly cause stress to you. END_OF_DOCUMENT_TOKEN_TO_BE_REPLACED

A fit body is the best asset human can have,But it never remains same and keeps changing, especially in old age. This affects the nutritional necessities of the body and hence healthy eating can be a challenge mainly for the elderly. Also, in old age the hormones begin losing their activity, thereby making the body lose muscles and bones and gain fat. There are some factors, which if kept in check, can help all of us lead a healthy life.

END_OF_DOCUMENT_TOKEN_TO_BE_REPLACED

The guru mantra of good health lies in a balance diet. A balance diet is the intake of adequate amount of nutrients i.e. Proteins, fats, carbohydrates, fibers, vitamins and minerals. These help in accomplishing our body metabolism and strengthen our immune system.